What is the Typical Recovery after Anterior Cervical Fusion Surgery? 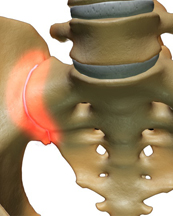 How long will I stay in the hospital?

Most of these surgeries are done either as a same-day procedure, in which you go home directly afterwards, or with an overnight stay and then discharge in the morning.  There are more complex cases that require longer stays, but this is relatively uncommon.

Will I have a lot of pain after?

How long will this pain last?

Throat soreness is usually the worst over the first few days, but it is not uncommon to have some throat soreness, particularly with swallowing, for up to a couple of weeks.  Occasionally people have long-lasting discomfort with swallowing, which is a risk that your surgeon will likely discuss with you.  The aching in the back of the neck typically improves over the first couple of weeks as well.  Some patients have lingering soreness between 2-4 weeks, though most people are fairly comfortable by then.

Do I need to use a blender for all my food? What eating limitations are there?

You will probably want to eat relatively soft food initially, but you generally will not have strict restrictions on what you eat.  You should plan to eat foods like oatmeal, soup, and mashed potatoes until your throat soreness improves over the first week.

Do I need to wear a brace?

This is surgeon-dependent; while many surgeons still want a patient to wear a brace after, there are some surgeons who are not using them in certain instances. This is a question best directed to your surgeon, including asking for the reason for their own preference.

How stiff will my neck be after?

This depends on how many discs are being operated on. If only a single level, generally patients do not notice any difference in terms of the motion within the neck, and studies have shown that overall range of motion is not changed.  However, if multiple levels are being operated on, you will likely notice some loss of motion.  Regardless, much of the motion in the neck comes from the levels of the neck just below the base of the skull, so the stiffness in your neck should not significantly limit your daily functions.  However, once again, your specific case should be discussed with your surgeon to know what to expect.

How long does it take for the bone to heal?

There is some initial healing that occurs over the first 6 weeks, but more definite healing of the bone happens over the 3-6 month time period.  If full healing does not occur within the first year, there is increased risk that it won’t completely heal, and this may require an additional surgery.  Factors such as diabetes, smoking, and using anti-inflammatories can affect your ability to heal, so make sure to discuss these issues with your doctor.  Your doctor may ask you to stop smoking before operating on you to try to lessen the risk that the bone won’t heal!

The above are simply guidelines to give you some sense of what to expect after having surgery to fuse the bones within the neck.  While most people have the recovery listed above, some may have a tougher or longer recovery, which does not necessarily mean that anything went ‘wrong’ with the surgery!  Everyone has their own pace of recovery.  In the end, your surgeon is your best resource to know what you should specifically expect so that you can have individualized care!