What is Ankylosing Spondylitis? 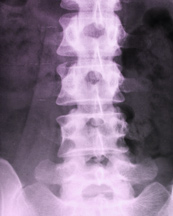 What are the Symptoms of Ankylosing Spondylitis?

The most common symptom of ankylosing spondylitis, or AS, is low back pain occurring primarily in the morning that improves as one gets up and about.  Patients also often complain that they feel as if the back is very stiff, particularly in the morning.  The most common people to be affected are young men in their 20s-40s, though others can less commonly be diagnosed with it.  This condition can also cause pain in the larger joints such as the hips or pelvis.

Other possible findings may include:

The cause of AS is not fully known. Genetics likely play a role, as it does tend to run in families.  There is also a blood marker (similar to the blood markers that determine your blood type, but checked with a more specific test) that is strongly associated with ankylosing spondylitis.  If one’s parents or siblings have ankylosing spondylitis, a person may be 10-20 times more likely to experience and be diagnosed with this form of arthritis than a person with no family history of AS.

It is important to remember that while many people have low back pain and that some of these people may have worse symptoms in the morning, that very few people have ankylosing spondylitis.  However, if you have had stiffening low back pain worse in the morning that doesn’t seem to be getting better with rest and anti-inflammatories, it is a good idea to check with a spinal provider to see if you may have this uncommon arthritis.  A spine provider will be able to assess whether your symptoms could possibly be due to an inflammatory arthritis and then can look at an X-ray to check for the type of bony bridging across the bones within the low back typical for AS.  While AS is uncommon, there are some new treatment options that can potentially lessen the likelihood of developing more severe problems such as deformity and loss of motion of the low back, so it is always best to diagnose it early if possible!